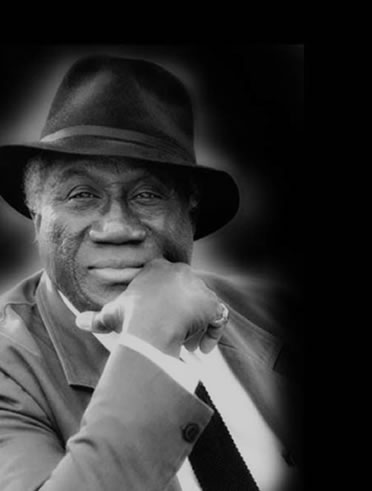 Bill Henderson (vocalist and actor) born in 1926 in Chicago, began his show business career in the early 1950’s in the Chicago area, often performing with Ramsey Lewis, and he soon became known for his vibrant, blues-influenced voice. In the late 1950’s, he spent some time in New York where he began playing and recording for Vee-Jay (1959-61) with leading musicians such as Horace Silver. During the same period that Nat Adderley, Eddie Harris, Wynton Kelly and Yusef Lateef were recording for the label as well.

In the early 60s, Mr. Henderson returned to Chicago to continue singing with Ramsey Lewis. He spent two years as featured singer with the Basie Band, shared a recording date with Oscar Peterson, recorded Horace Silver’s Senõr Blues, and worked with Count Basie in Las Vegas in 1965. Shortly after, Bill Cosby brought Mr. Henderson into the acting profession.

Since then, Bill Henderson has lived in Los Angeles, pursuing an active career in film and television that makes his appearances as a jazz singer rare events. He occasionally appears live in clubs such as the Oak Room of New York's Algonquin Hotel with the 2002 pop-jazz revue, Made for the Movies: A Hollywood Songbook, alongside Eric Comstock, and Dena DeRose. Mr. Henderson was nominated for a Grammy Award for Something’s Gotta Give--A Tribute to Johnny Mercer.

He has acted in scores of movies including City Slickers and Lethal Weapon 4. Mr. Henderson appeared in a show-stealing turn as a retired Hollywood soundman in the independent film Smiling Fish and Goat on Fire, and his voice is also heard singing ballads over the final credits. Mr. Henderson's television credits include starring roles in Take the High Road (1980), Ace Crawford Private Eye (1983), and Dreams (1984). He has appeared in may guest roles, including in The Twilight Zone, Happy Days, Sanford and Son, Harry-O, Good Times, Diff’rent Strokes, Hart to Hart, The Incredible Hulk, Benson, Hill Street Blues, The Facts of Life, Hardball, Picket Fences, In the Heat of the Night, NYPD Blue, ER, Malcolm & Eddie, 7th Heaven, and Cold Case. Mr. Henderson's recordings are available on Koch Records (Bill Henderson, His Complete Vee-Jay Recordings, Vols. 1 & 2). He and Shirley Horn both perform as vocalists with Charlie Haden and Quartet West on Haden’s Grammy -nominated CD The Art Of The Song with Shirley Horn.

Bill's final commercial album was the release of his Live At The Kennedy Center performance with the Ed Vodicka Trio, recorded in November 2004 and released to coincide with his 80th birthday in 2006.